Where is 3rd Istanbul Airport ?

Where is the 3rd Istanbul airport located?

Let’s mention where the most curious project of recent times, the mega investment of Istanbul and even Europe will be placed. The tender for the 3rd Airport, which was tendered in 2013 and the biggest tender for the Republican history, is given to Cengiz, Mapa, Limak, Kolin and Kalyon Joint Venture Group, which was formed by İGA investors with a construction, operation and transfer system with a record tender amount of 22 million Euros. The 3rd Airport Project, which consists of 6 separate paces and has an average 150 million passenger capacity, will be completed in 2018.

How to get to the 3rd Istanbul Airport ? 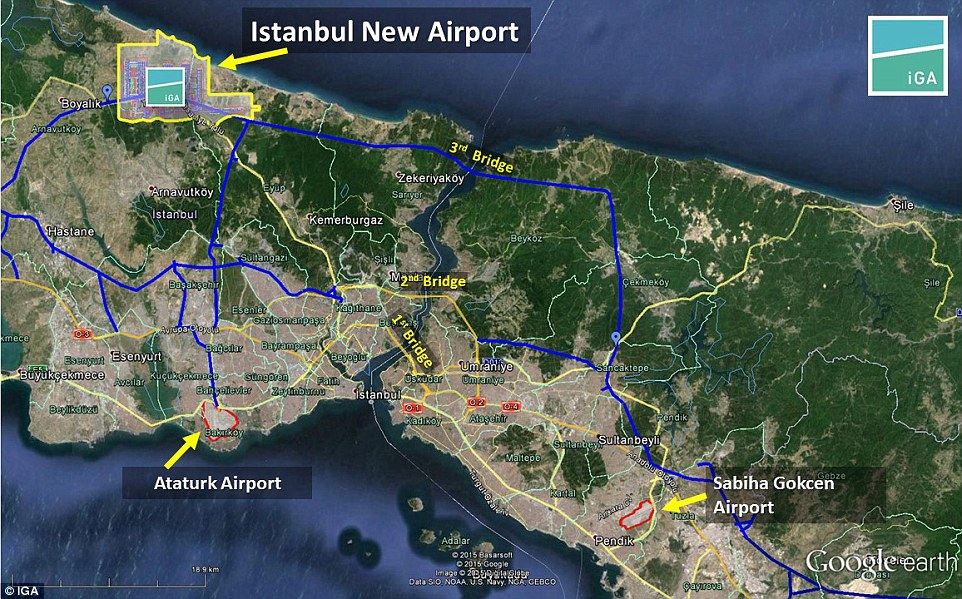 The 3rd Airport of Istanbul will be in the region along the Black Sea coast of Europe. The airport is constructed between the areas of Tayakadın and Akpınar villages on an area of 76.5 km2. The Airport is built on Çatalca, Göktürk Arnavutköy junction and close to Terkos Lake. The airport’s locatioin is very ideal. The flight distance between the new Airport and Ataturk Airport, which will be at the connection point of the bridge and which will reach the most convenient way from Istanbul, is 35 KMs.

Approximately 80% of the area where the airport is to be built belongs to the public sector. The remaining areas will be expropriated and the construction of the 3rd airport will be completed in this way. The 3rd Airport, which will be equipped with high technologic systems, will be composed of 6 pistes and 3,500 hectares of area. How to get to the airport is a matter of curiosity. However, at the moment, there are many alternatives going to the region where the transportation is not fully completed and the project is over.

The third airport highway, which is 15 minutes away from Taksim, will be connected to the North Marmara Highway and Yavuz Sultan Selim Bridge on road transport. As a rail system, the High Speed Train will end at the transfer station at the airport. The terminal will be connected to Taksim via a rail system. This rail system will be passed along the route of the old railway line. Thus, transportation will be provided through all regions of Istanbul via public transportation.

In particular, with the completion of the construction of the 3rd bridge, transit road will take place over the bridge and direct access will be made to the airport with the metro line and aerodrome to be built on the bridge. Buses and minibuses from within the city will also facilitate the transportation system of the 3rd airport by carrying passengers to the airport.