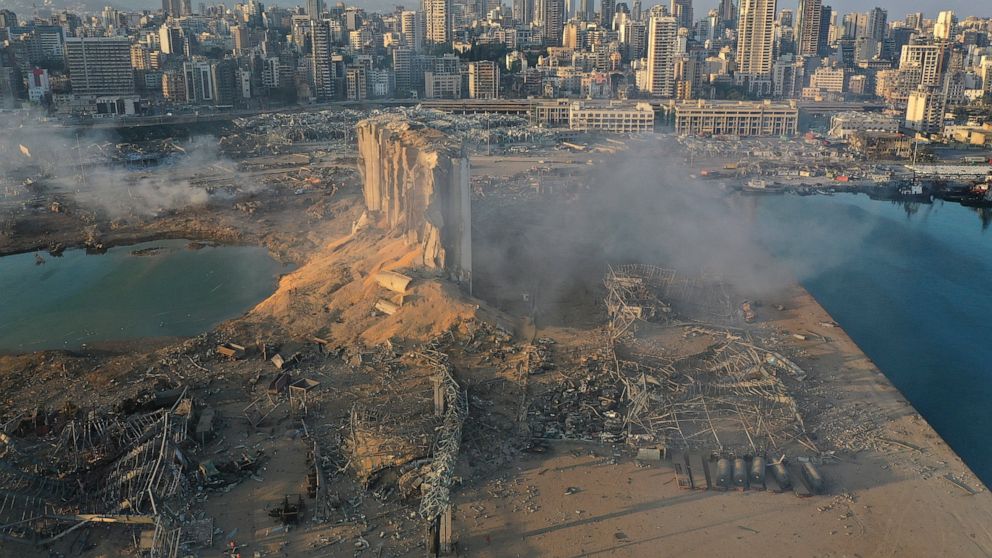 August 4, after a massive explosion rocked the Lebanese capital Beirut, leveling a three-story building and leaving many dead and wounded, expressed sorrowfully by Turkey's President and top Turkish officials.

Recep Tayyip Erdogan extended his condolences to his counterpart Michel Aoun and the Lebanese people by a phone call. Turkish Communications Directorate said in a statement. Erdogan said that Turkey stands by Lebanon and is ready to provide all humanitarian assistance, mainly healthcare, to the Lebanese people.

He published a message in Arabic on Twitter, "I offer my condolences to the relatives of those who lost their lives in the explosion at Beirut Port and I wish them patience and stamina from Allah. He added, "I wish immediate healing to the injured. We will always stand by Lebanon and our Lebanese brothers."

Mevlut Cavusoglu Foreign Minister in a tweet wished Allah's mercy upon the victims of the blast. Cavusoglu said, "Condolences to the brotherly and friendly people of Lebanon. Hoping there won't be any more losses. Ready to assist our Lebanese brothers and sisters in every way."

Abdulhamit Gul Turkey's Justice Minister said, "We will stand beside the brotherly country of Lebanon and Turkey shared its pain."

Turkish Parliament speaker Mustafa Sentop said in statement, "Although the reason for the explosion in Beirut is not finalized, there are many dead and wounded." Sentop also wished a speedy recovery for the two Turkish citizens who were injured in the explosion and added that Turkey, just like did with other countries, will come to Lebanon's aid.

The Foreign Minister of the Turkish Republic of Northern Cyprus (TRNC), Kudret Ozersay, also wished mercy to those who lost their lives in the explosion and hoped for urgent recoveries and that the number of casualties would not increase.

A fire caused a massive blast at a warehouse storing explosives at the Port of Beirut.

Turkish Foreign Minister said on 5th August, The number of Turkish citizens injured in the Beirut blast has risen to six.

Mevlut Cavusoglu in a tweet said five Turkish citizens suffered minor injuries, while another is recovering from a surgery. He added, "We are also in contact with their families."