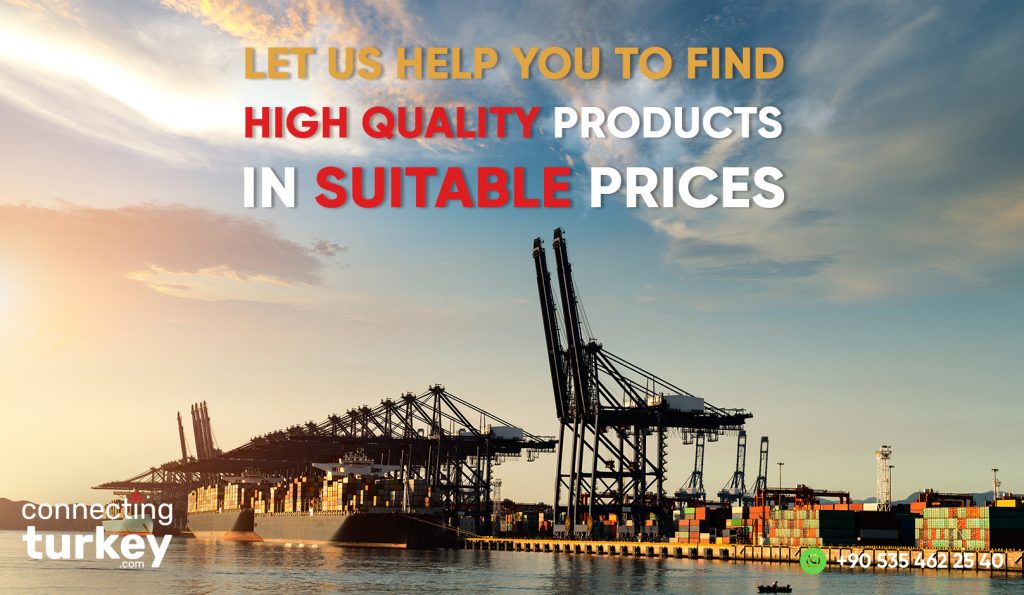 Why Invest in Turkish Machinery Industry?

The Turkish Machinery Industry has great potential and is experiencing rapid development. It has an export share of 9.3 percent, making it the second largest sector of the country’s total export. The country exports to over 200 countries, and machinery accounts for about 15% of those exports. In the last five years, Turkish machinery exports have grown by 67%, and have increased seven times in the last 12 years. With a strong economy and low inflation, Turkey is a good place to invest in the machinery industry. 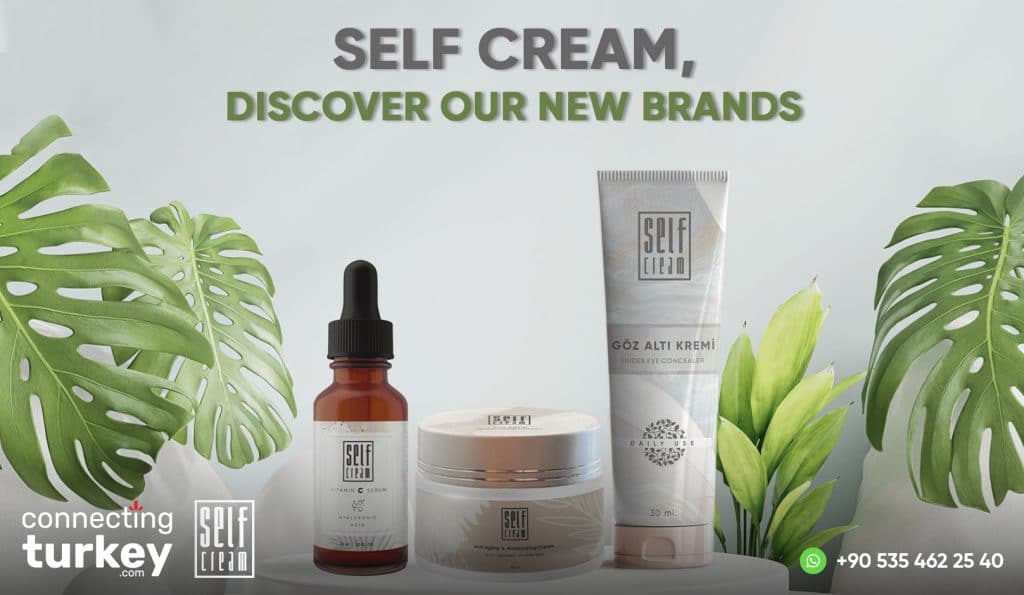 The Turkey’s economy is one of the most dynamic in the world, and its machinery industry is thriving. Since 2002, Turkey has grown by 4.7 percent a year, with a GDP of USD 800 billion in 2014, up from USD 305 billion in 2003. It has a growing middle class, and its per capita income is now USD 10,404. Moreover, Turkish machinery is cheaper than similar products from the EU and US. In fact, there are already a few large companies in the country that manufacture a wide range of products.

The country’s machinery exports are increasing at a fast pace, and the Turkish machinery industry is one of the fastest growing sectors in the world. The country’s machinery exports to Germany and the United States were up 40 percent last year, and they are forecast to grow by as much as 10 percent annually in the next three years. This growth continues to fuel the Turkish economy, and the industry has a positive outlook for the future.

The Turkish machinery industry exports 60% of its goods to the EU and the USA, and the country’s exports are estimated to reach $ 4.3 billion in the last five months of the year. With its high-tech manufacturing and exports, the sector is one of the fastest-growing in the world, and the future is promising for investors and entrepreneurs. But the question is, why should foreign companies invest in Turkey’s machinery industry?

The country’s biggest export markets are the United States and the EU. In addition to the European Union, the German market represents the largest share of the Turkish machinery exports to the world. With its growing population and modern infrastructure, Turkey has become a global player in machinery production. This is one of the main reasons why foreign investors should invest in Turkey. The country is home to a growing manufacturing base, a thriving infrastructure, and an attractive labor market.

Turkey’s machinery sector is growing rapidly. Its export share is 9.3 percent of total exports in Turkey. This means that the country is one of the fastest-growing countries in the world. Its economy is developing, and its manufacturing sector is growing at an average annual rate of 15%. Further, the sector has a huge growth potential in R&D. The U.S. and Germany are the leading countries in the machinery industry.

The Turkish Machinery Sector is Growing Quickly. The sector is an important export source for Turkey, which is ranked fifth in the world. In the first quarter of this year, machinery exports to Germany grew by 4.4 percent. The industry has increased exports to more than 200 countries. The growth of machinery in Turkey is an excellent time to invest in the Turkish Machinery sector. Its production potential is high, and its R&D expenditure is rising, too.

The Turkish Machinery Industry is a key export market for Turkey. Its export share is nine percent of Turkey’s total exports. Compared to other countries, Turkey’s machinery industry is the second-largest exporter in the world. The growth of the sector is a major indicator for investing in the Turkish Machineries. This sector is a major contributor to the nation’s economy, which contributes over half of its GDP.

Turkey’s machinery exports are growing at a fast rate 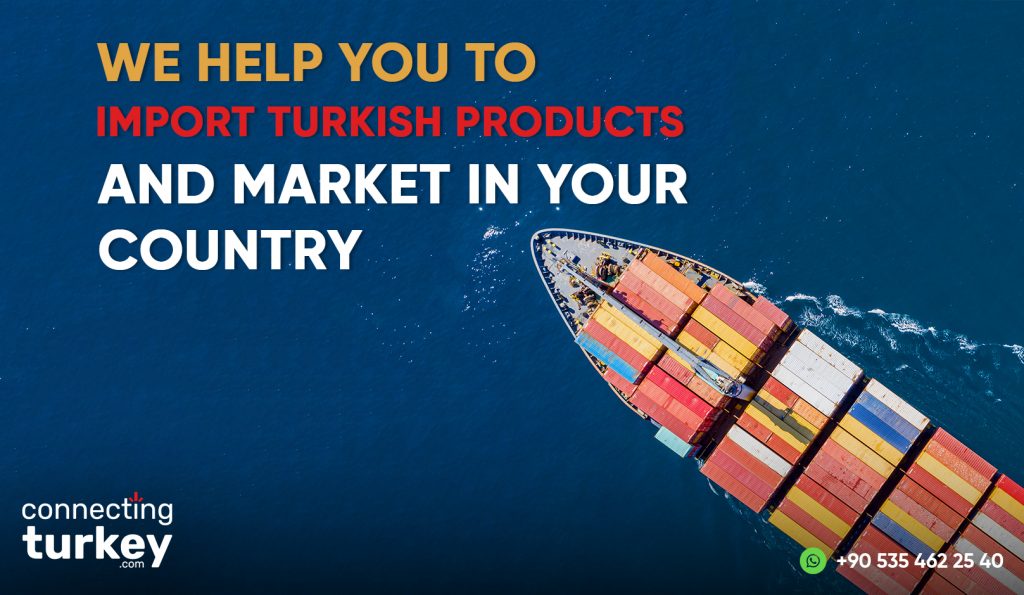 The Turkish machinery sector is booming. Its proximity to major global players in the food and equipment sectors has made it attractive for Chinese companies to enter the country. In addition to its close proximity to the regional markets, Turkish manufacturing companies are attracting FDI from around the world. In particular, parts suppliers are in high demand, particularly heat exchangers, ball-bearings, and electrical automation and control systems. In addition, filtering, compressors, and pneumatics are among the other sectors with high demand.

Turkey’s manufacturing sector has expanded significantly in recent years. In 2011, Turkey recorded the highest export volume in Europe (USD 35 billion in 2014), while its steel production capacity topped 80 tons. In 2012, the country had 962 metal casting facilities employing 33 thousand people. In the same year, the country’s machinery exports were valued at USD 21 billion. The country’s manufacturing industry has been thriving since 2009, and many multinational food companies have established a presence in the country.

Turkey’s proximity to global equipment and food players makes it an attractive place to invest in. A strong Turkish manufacturing sector has potential for expansion. According to the Investment Support and Promotion Agency, the country had 9319 machinery manufacturers in 2015, employing more than 135 thousand people. Most of these businesses are small and medium-sized enterprises, with an average of 20 employees. The biggest numbers, however, are in the high-tech sector, including air conditioners and ventilation systems, motors, pumps, and compressors.

Turkey’s proximity to major food players is another attraction for international equipment companies. Its proximity to China also makes it an attractive option for global food manufacturers. Furthermore, the industry’s high level of competitiveness makes it an attractive destination for foreign investment. It also allows for exporting to the European and American markets. In other words, the Turkish machinery industry is a great opportunity for investors. While it may be small, it has huge potential.

The Turkish machinery sector has experienced significant growth in recent years. While Turkey’s economy is booming, its workforce is small. In fact, it is home to a vast number of SMEs that employ more than a hundred thousand people. With a strong food processing industry, the country is highly-competitive in many other industries. Further, the high-quality labor force is one of the biggest drawbacks of the industry in Turkey.

Turkey is an attractive location for investments in Turkish machinery. The country’s proximity to major global players is an additional benefit. In addition, the country’s high-quality manufacturing workforce will attract international investors and provide employment for local workers. The manufacturing sector has been a major driver of growth for the Turkish economy. In 2011, the GDP of the country reached USD 1.3 billion. At the same time, it had an average GDP of USD 800 billion.

The Turkish machinery industry is dominated by construction and mining machinery. It is also home to large companies that specialize in a single industry. For example, large multinational food manufacturers in Turkey have a strong presence in Turkey and continually invest in the country. This is a major reason to invest in the Turkish machinery industry. Its low cost of living and high labor costs makes it a competitive location for manufacturing. And it’s a great location for a manufacturer to have an international presence.

Turkey is an attractive investment option 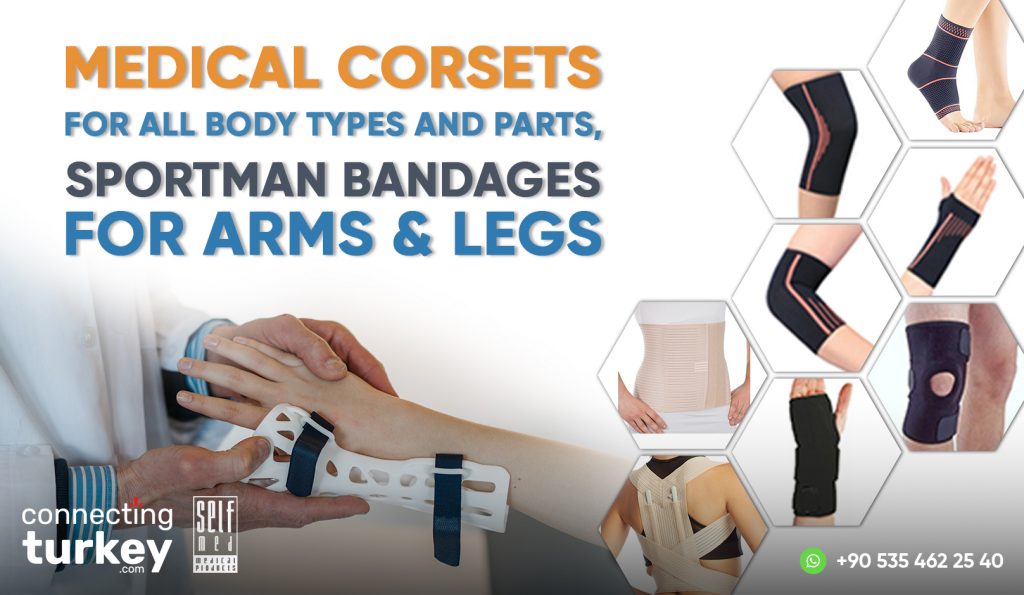 A strong manufacturing sector can increase your profits dramatically, and the machinery industry in Turkey is no exception. The country’s high labor and capital costs have prompted the creation of numerous price wars in the machinery industry. However, Turkey’s low labor costs and competitive advantage are two reasons why foreign investors should consider investing in this sector. As an export-oriented industry, Turkey is also highly attractive for foreign investors. The Inward Processing Regime (IPR) allows businesses to acquire materials necessary for the production of exports without incurring taxation or VAT.

The Turkish machinery sector has an excellent export performance, attracting investments from investors from all over the world. With a large domestic population and a growing number of small farms, Turkey can become a regional hub for agricultural machines and equipment. The high demand for packaged food and its high production capacity, Turkey is a major source of machinery. The Turkish machinery export market is estimated at around TL 75 billion. Several big multinational food manufacturers have a substantial presence in Turkey, using the country as an export base and continuously investing in the country.

Turkey’s manufacturing industry has seen a strong growth rate in recent years. The country’s proximity to major equipment and food players in Europe has attracted global manufacturers. Chinese companies are even looking to the country as a gateway to the regional market. In addition, many parts of machinery that are not locally produced can be sourced in Turkey, presenting an attractive investment opportunity. Some of the most popular parts are ball-bearings, heat exchangers, and electrical automation and control systems.

In the current economy, Turkey is the eighth largest country in the world, and it has a fast-growing machine industry. The region is a strategic investment location for companies interested in investing in Turkey’s manufacturing industry. Moreover, foreign direct investment in the Turkish machinery sector has increased by more than 11 percent a year in the last decade. With its strong economy and low labor costs, the Turkish machinery industry is a lucrative place to invest.

The Turkish machinery industry is a thriving manufacturing market with a large number of foreign direct investment opportunities. It has a competitive edge over many countries, including China. Additionally, it has excellent transport and distribution infrastructure. And because of its proximity to major global players, Turkey is an attractive investment option. For international investors, the country has an attractive manufacturing environment. With a booming machine industry, the country is the perfect location for an international business.

Why is Turkey important in global markets?

The country is the 19th largest economy in nominal terms, but its economic outlook is clouded by recent populist measures and a weakening currency. While Turkey is a challenging location for U.S. commercial interests, it still offers a large market and commercial expertise. Sound budget policies and the privatization of state-owned firms will help make the country more attractive for investors. This article will examine the importance of Turkish equities in the global markets.

What are the benefits of trading with Turkey?

The EU is the largest trading partner of Turkey. In the year 2020, it is expected to represent 33.4% of the country’s total imports and 41.3% of its exports. The Turkish economy is undergoing rapid growth with an increasing use of English. Trade with the EU is also advantageous for British businesses. It is possible to start a business in less than six days. A low social security contribution rate of 5% will give you a 5% tax rebate.

What is the current market situation in Turkey?

What is the current market situation in Turkey? There are a number of factors affecting the country’s economy, but the most pressing is a weak currency. The U.S. has 22 preferential trade agreements with Turkey and a 4.5 percent average tariff rate. While the country has a low corporate tax rate and high unemployment, it also has a large trade deficit. Despite the sluggish economy, U.S. goods and brands remain popular in Turkey, and U.S. goods and brands are incredibly popular in the country.