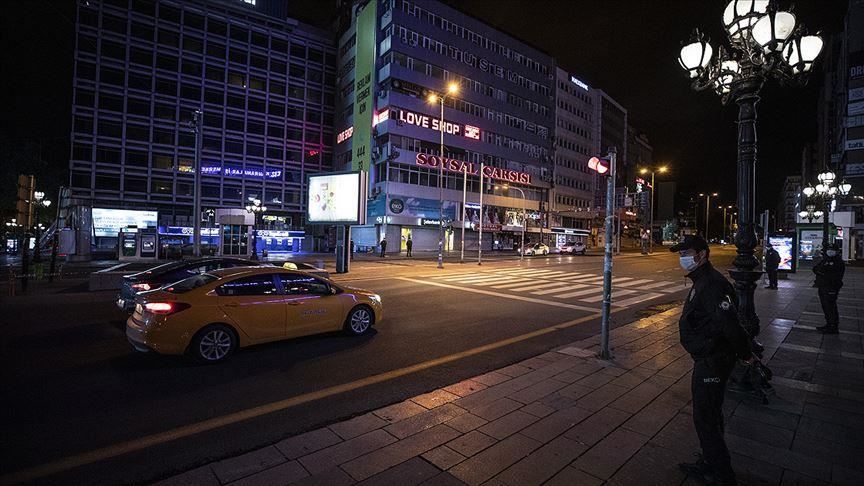 Turkey lifted a two-day-long curfew early Monday that was imposed in some provinces as part of efforts to contain the novel coronavirus, which has killed more than 4,500 people in the country.

The curfew was in effect in 14 major provinces as well as Zonguldak province, where the prevalence of chronic respiratory diseases is high. Travel was also restricted in the provinces.

According to the Health Ministry, COVID-19 cases are at an "anticipated level" and around 128,000 of the country’s roughly 164,000 confirmed cases have recovered from the disease.

Since first appearing in Wuhan, China last December, the novel coronavirus has spread to at least 188 countries and regions.

The US, Brazil, Russia and several European countries are currently the hardest hit.

The pandemic has killed more than 371,000 people worldwide, with more than 6.1 million confirmed cases, while recoveries have surpassed 2.60 million, according to figures compiled by Johns Hopkins University of the US.

As Turkey started to the normalization step, the domestic flights started from today onwards from and to all the provinces. International flights are planned to start within two months

All of the governmental and private sectors started to serve.

The cases in Turkey are decreasing day to day with impressive recoveries, where the recoveries are increasing than the confirmed cases.