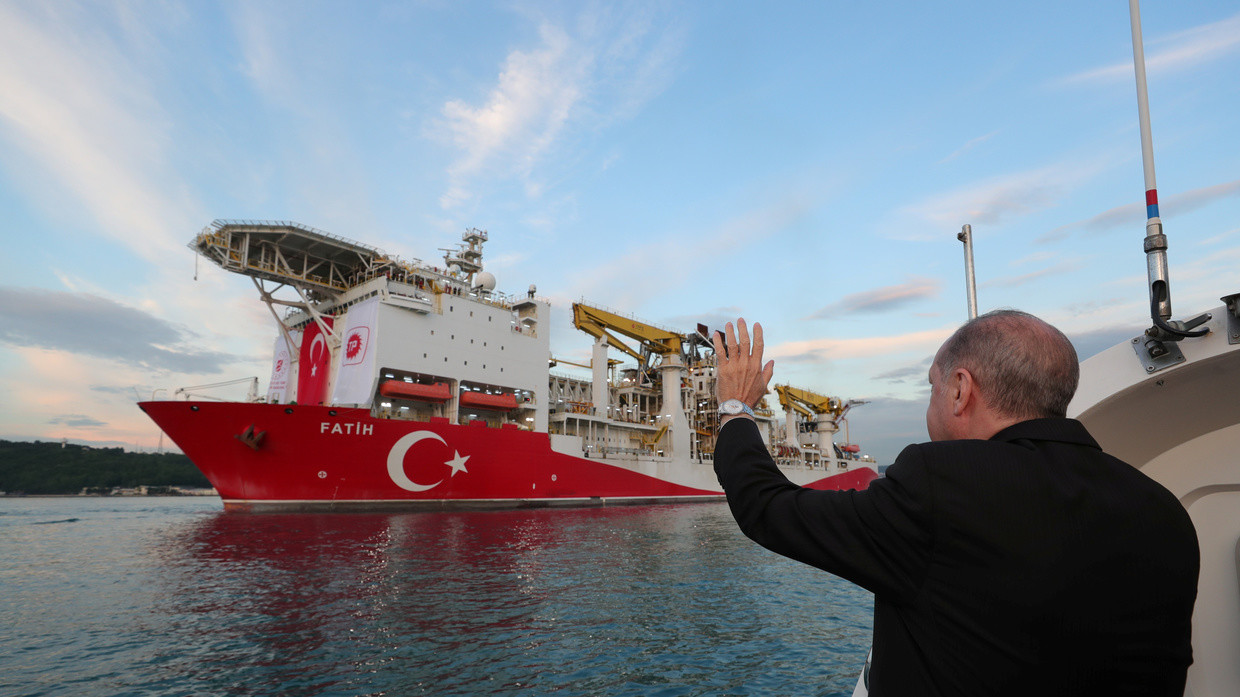 The President of Turkey Erdogan said, Turkey aims to bring 320 billion cubic metre Black Sea reserve to use in 2023, becoming an energy exporter.

Erdogan told reporters that the drilling ship Fatih, which has been operating in the area since July, had found 320 billion cubic metre (11.3 tr cu ft) of natural gas. He said it was Turkey's biggest natural gas to date.

If the gas can be commercially extracted, the discovery could help Ankara cut its current dependence on imports from countries such as Russia, Iran and Azerbaijan, for a substantial amount of its energy needs. Erdogan added, all tests and engineering work had been completed. He said, "This reserve is actually part of a much bigger source. God willing, much more will come. There will be no stopping until we become a net exporter in energy."

President Erdogan said, I hope the extracting of the gas will start by 2023. But energy experts say it could take up to a decade and billions of dollars of investment to get the gas into commercial use. Which is a good point for investors to start in an investment for a long time incomes.

Turkey has also sent a ship to carry out a drilling survey in the Eastern Mediterranean. The Oruc Reis left port on 10 August, accompanied by five naval vessels. It was reported the next day to be sailing in waters between Crete and Cyprus.

This has infuriated the Greeks, as they disagree with Turkey over who holds the rights to certain areas of the Eastern Mediterranean.

Any reduction in Turkey's energy import bill, which stood at 41 billion dollars last year, would boost government finances and help ease a chronic current account deficit which has helped drive the lira to record lows against the dollar. The currency has strengthened since Erdogan first told energy executives on Wednesday he had "good news" to announce. The lira slid, however, as he datailed the find and was down 0.4 percent.

Erdogan said in a statement, Turkey will accelerate operations in the Mediterranean.