Iraq Is At The Summit Again In Housing Sales To Foreigners!

The number of housing foreigners in Turkey is increasing. Turkey is located between Asia and Europe. Geographical location, culture, people want to invest in terms of the benefits offered to take home in Turkey. In particular, much of the Middle East countries want to invest in property in Turkey. Iraq has been in the first place especially for the last four years. Iraqi citizens who have homes in Turkey is very high. Saudi Arabia and Kuwait after Iraq, countries that are home in Turkey. 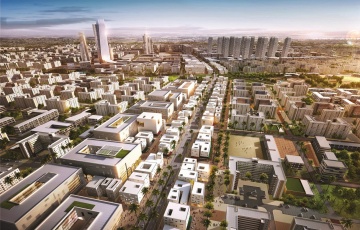 Compared to the previous years, home sales increased. In the last five years, more than 120 thousand housing units have been purchased. Most demand comes from Middle East countries. But Iraq is the first. Iraqi citizens have purchased nearly 20,000 homes in the last 4 years.

Why Turkey is Preferred?

There are many advantages of real estate acquisition in Turkey. Turkey offers an advantageous investment. Real estate prices in Turkey are suitable.

If you buy housing in Turkey you can be a Turkish citizen. This is one of the other advantages of getting home from Turkey. The value of your housing should be at least 250 thousand dollars. Thus, you will both invest and become a Turkish citizen. It is an issue that attracts Iraqis.

Cultural Intimacy And Religion Is An Important Element

According to the research continues to take home from Iraq, Turkey. In January, 605 houses were purchased by Iraqi citizens. During this year, Iran, Russia, Afghanistan, Jordan followed Iraq. The cities where housing is purchased are Istanbul, Antalya, Ankara, Bursa and Yalova respectively.