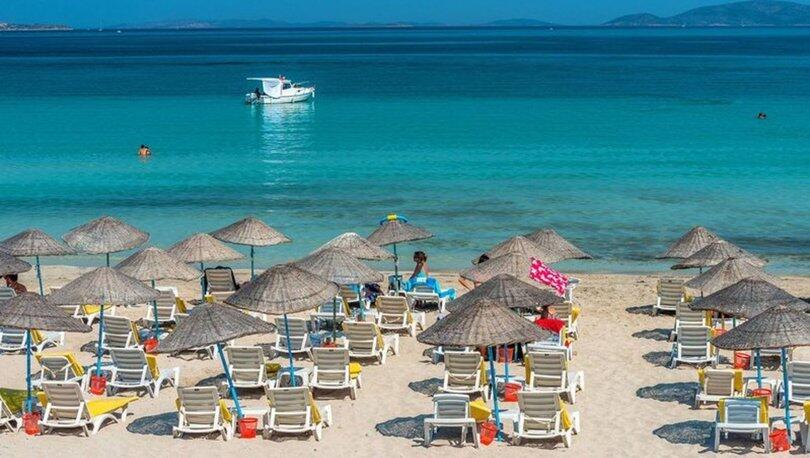 German tourism professionals, who visited facilities in the Aegean province of Izmir and resort town of kusadasi last week, said that they have been impressed by the measures taken to ensure safe tourism amid the lately COVID-19 outbreak.

Touristik Aktuell cheif editor Matthias Gurtler said, "We have seen many hotels, and we have traveled by bus. I got the impression that Turkey has overcome this issue (safe tourism) very well. Very reasonable measures have been taken here." He told Anadolu Agency, "We will tell about safe tourism opportunities in Turkey not only in our magazine, but also on social media. We expect the EU countries to lift travel restrictions on Turkey as soon as possible. Then, people can buy trips to Turkey. I think that those restrictions are nonsense." Asserting that the decision of not allowing EU citizens to travel to Turkey is political rather than health-related, he added, "The Covid-19 risk in Turkey is not bigger than that of Spain or Italy. I think that pandemic danger in Germany or any other European country is the same as in Turkey."

Gurtler and 34 other tourism professionals from seven cities, including representatives of operators TUI and Altours, examined Turkey's safe travel certificate program on site between July 16 and 19 under a program organized by the Culture and Tourism Ministry and SunExpress, a joint venture of Turkish Airlines and Lufthansa. "They are asking when travel restrictions will be lifted and flights will resume. When we return, we will say that a great holiday, safe opportunities and beautiful beaches are waiting for them," he said. "They are regularly asking about the process and service concept in Turkey. So, this test trip was very important," he added.

Nadir Alpaslan Deputy Minister of Culture and Tourism said in a statement, "We have achieved the goals of the trip." Alpaslan added, "Our guests expressed their appreciation of Turkey's safety." He also recalled that after a very successful tourism season last year, Turkey aimed at increasing yearly foreign tourist number to 75 million in 2023, the plan interrupted by the Coronavirus pandemic.

After attracting a record number of visitors with 51.9 million people in 2019, before the coronavirus crisis Turkey was targeting a total of 60 million tourists in 2020. The country's tourism revenues hit $34.5 billion in 2019, a new record, according to official data. The figure increased to 17 percent last year, up from $29.5 billion in 2018.

Germany is one of Turkey's main tourist source countries, along with Russia Britain and the Netherlands.

The Culture and Tourism Ministry has been conducting promotion activities in those countries as well, including inviting tourism professionals to Turkey's resorts, according to Alpaslan's remarks. According to the ministry, more than 727 hotels and nearly 900 restaurants applied for a Safe Tourism Certificate that would indicate they had taken standard measures to prevent infections of Coronavirus as end of June. More than 50 rooms is obliged for any hospitality facility.

The Turkish government also introduced a health insurance system for foreign travelers and its citizens residing abroad with a limit between 2,000 and 7,000 Euros can be purchased for 23 Euros, and the insurance covers health including a covid-19 treatment. Tourists can also opt to have a fast-track coronavirus test at the airport on the way back home for 15 Euros.

In June, over 21,000 foreign tourists visited the Mediterranean province of Antalya, the heartland of Turkish tourism industry, down from 2.2 million in the same month of last year, according to the Culture and Tourism Ministry data. The province welcomed more than 27,000 foreigners just in the first week of July, while Ukrainians made the bulk of the figure with 10,498 trippers.