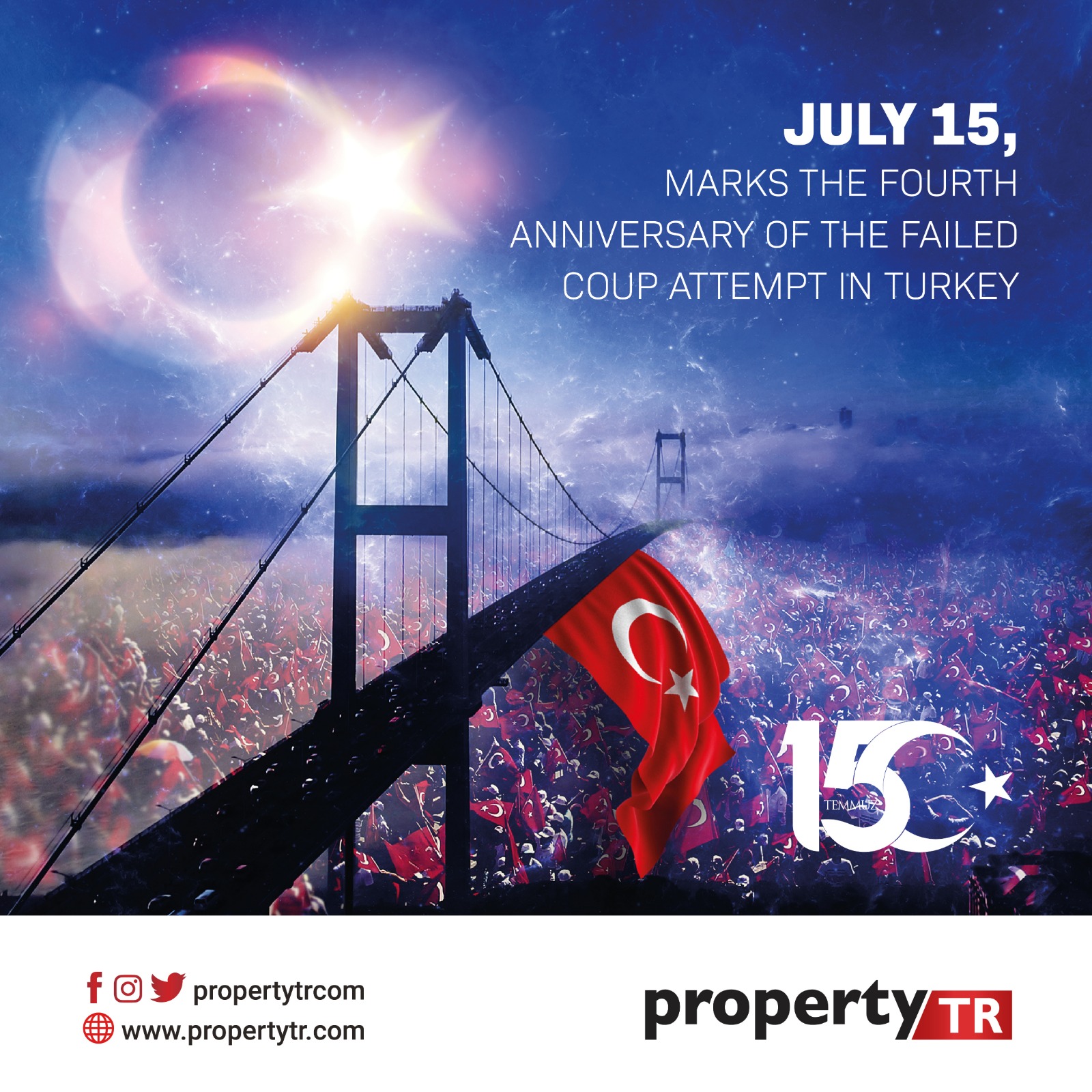 15th of July, is a historical day for Turkey, due to the a failed attempt of coup lived on 15th July 2016. A day to be remembered for Turkish citizens and make them feel proud.

15th July, Turkey is marking fourth anniversary of deadly coup attempt of July 15,2016. With series of commemoration events honoring events who lost their lives fighting putschists. Turkey is holding a series of events all across the nation on "July 15 Democracy and National Unity Day" with the participation of citizens and top officials.

As part of the ceremonies, President Recep Tayyip Erdogan laid flowers at the Martyrs Monument and then attended as a program at the Turkish Parliament to commemorate the martyrs. He will meet with victims and survivors of the failed coup attempt and will address the nation at night.

On the night of July 15, a small military junta, accused of being members of the FETO, attempted to overthrow the elected government using heavy weaponry, including fighter jets, helicopters and tanks. Thousands of citizens across the country went out on the streets in a bid to stop the coup plotters through the night when more than 250 people were killed and more than 2,000 others were injured while resisting coup soldiers. The soldiers shut down Istanbul's Bosphorus Bridge around 10 p.m., parliament was under rocket attack, and the putschists had planned an assassination against Erdogan, who at that time was in the Aegean province of Marmaris. Jets flew by buildings in Istanbul and Ankara, and the state broadcaster TRT was taken hostage. The government officials took turns on various television broadcasters until early in the morning on 16 of July, reassuring the population that they remained on duty.