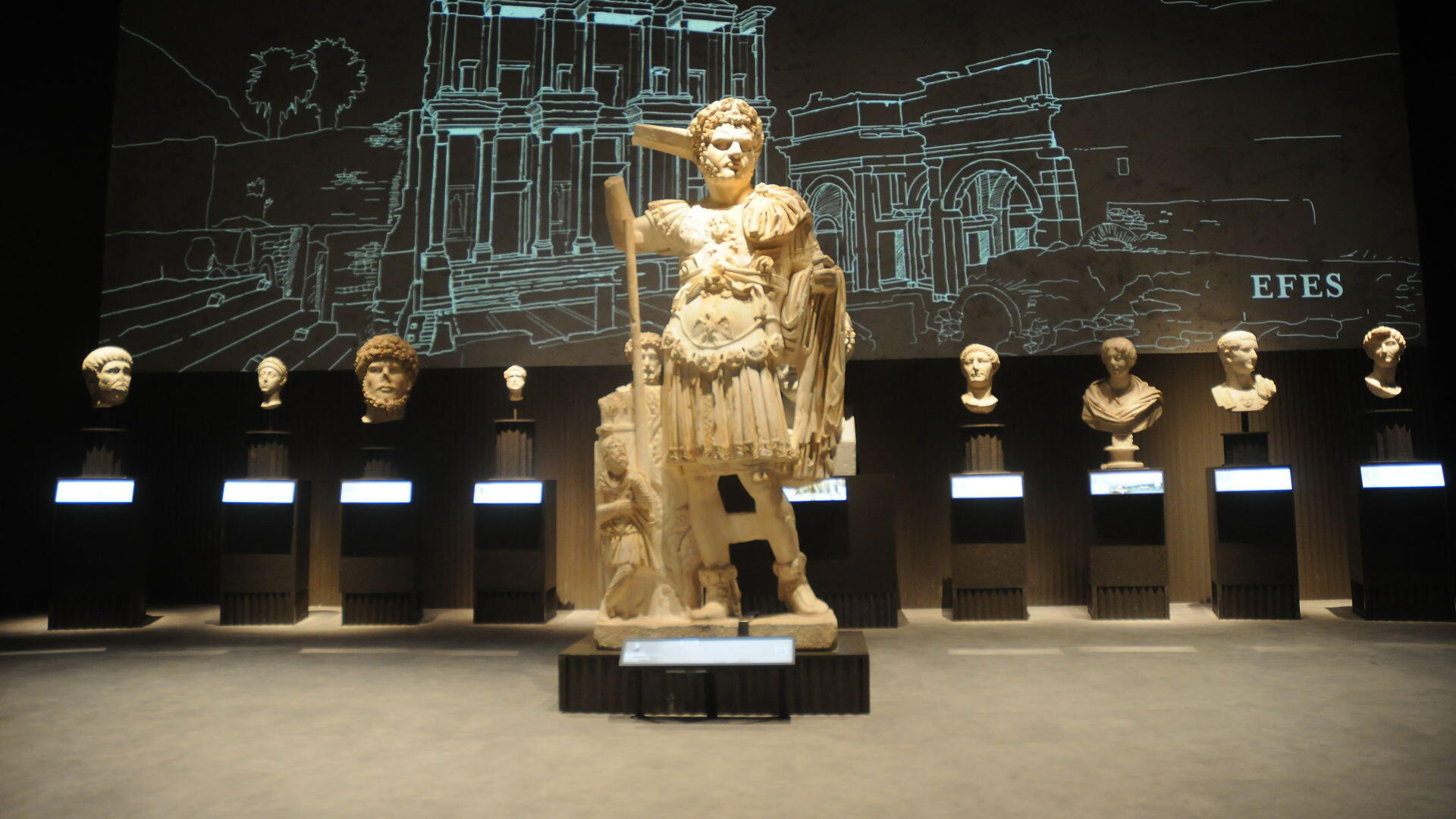 Featuring Anatolian civilizations a new museum opened on July 17 at Istanbul Airport, as a culture and art area apart from serving as Turkey's gateway to the world.

Minister of Culture and Tourism Mehmet Nuri Ersoy and Istanbul Governor Ali Yerlikaya attended the ribbon-cutting ceremony of the Istanbul Airport Museum. An exhibition titled Treasures of Turkey – Faces of Thrones launched the museum. Speaking at the event, Ersoy said that the museum gathers artifacts mirroring all civilizations in Anatolia, Turkey's heartland.

"One third of foreign visitors are coming to Turkey via Istanbul Airport,"Ersoy said. Last year, around 15 million people entered Turkey from Istanbul Airport and another 15 million people used the airport for transits travels, he added. He continued, that destinations such as Istanbul have permanent guests visiting every year or twice a year, and for this reason, the museum will change its concept every year.

Yerlikaya, for his part, said that the Istanbul Airport Museum is the largest airport museum airport in the world. A total of 316 works of art from 29 museums will be displayed at the museum, he elaborated. "With the most modern technological facilities, we will exhibit the thousands of years of experience of Anatolia and Istanbul, personal belongings of kings and emperors, portraits, the throne of ancestors that once ruled the world,"he said, adding newly launched museum is the 90th museum in the city. Turkey's sites inscribed on UNESCO's World Heritage List will also be promoted on 18 digital screens, he said, adding interactive applications were also prepared for children.

Kadri Samsunlu, the CEO of IGA operating Istanbul Airport said: "As part of the exhibition Treasures of Turkey – Faces of Thrones works from prehistoric Gobeklitepe and Catalhoyuk periods and works belonging to Anatolian civilizations in the historical ages, Roman, Byzantine, Seljuk, Ottoman and Republic periods will be exhibited." The museum gathered some genuine artifacts that are difficult to see one by one, he said.

The Treaty of Kadesh, earliest known peace treaty in the history and Ottoman sultans enchanted shirts and kaftans are among the artworks displayed at the exhibition.