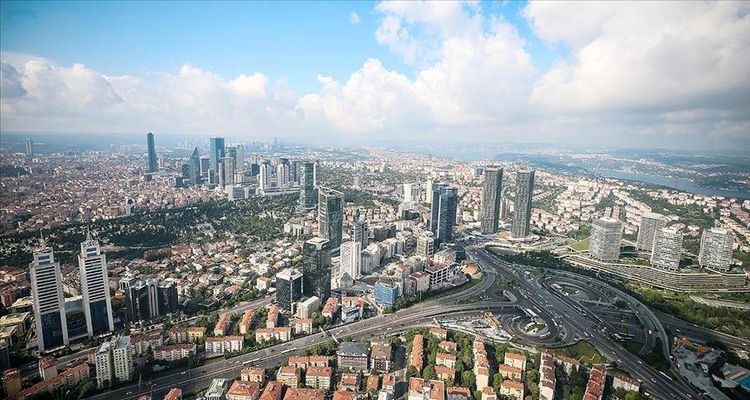 Sales increased, stocks are running out!

In the real estate sector, which has heavy days, stocks have started to run out. While it is estimated that almost all of the existing projects will be sold by the end of the year, contractors have acted for new projects.

According to the news of Leyla Ilhan from Dunya Newspaper; Turkey Real Estate Advisors Federation President Haji Ali Taylan, low interest specifying the rate of housing loan campaign is still the first day's ride quickly, "If we continue at this rate without changes, a month or two then we can feel both obtained in both zero-market second-hand supply shortage " said. Taylan said that with the decrease in available stocks, they foreseen a price increase between 10 and 30 percent, especially in new homes.

“Contractors went after the land”

Coldwell Banker Turkey’s Country President Dr. Gokhan Tas, emphasizing mobility in the sector, " Contractors who never used to ask, Now, 'Is there land in hand? Is there a place for the floor? "has begun to ask. If the interest continues, the stock may run out this year.”

Noting that the demand has decreased in the sector for the last three years, Sinpas’s Vice Chairman of the Board Ahmet Celik said, “The unfinished projects have started. We expect June sales to be near to 200 thousand. In this process, 1.2 million units of year-end housing sales will be an important success for the sector.”

Cathay Group Chairman Mahmut Alper Tugsuz stated that the investor returned to the market, but there were no projects sold in the market that would appeal to the investor. Tugsuz noted that when new projects started, the interest in these projects would also be a source of information about whether the investor was returning. CEO of Propertytr.com Yusuf Boz stated that the Real estate sector is at its peak, after the curfew which came to end. The call center team are in their busiest moments, being in touch with the foreign investors and buyers to invest or buy properties in Turkey with huge numbers of demand. After the normalization step taken by the Turkish government, the airports started operating domestic and international flights, which made the foreign investors and buyers who are interested in Turkish citizenship, plan to come to Turkey at the earliest time.

Torkam Construction Chief Executive Officer Mahmut Dereli stated that there was no decrease in the number of people coming to the sales offices with the campaign, but people could not find a suitable apartment with the decrease in supply. Noting that the stock that occurred in the last two years will come to run out with the surge of demand, Dereli said, “The two-year delayed campaign attracted the investor to the market. We can see this from the rate of the investors and the end user that has reached 50-50 percent in our projects.”