Istanbul Airport to Increasing the Value of Districts Around it

Istanbul Airport to Increasing the Value of Districts Around it

The new airport in Istanbul (Istanbul airport) could have a positive effect influencing the value of Districts near it which is of course housing value of these districts. Though The housing prices have been in decline in the period of last year with 11.60 % with the new project it is to be increased in the area around the airport for example the district Arnavutkoy had a decline in the prices of housing by 6.65 % in the last year, now noticed an increase by 3.80 %.

To put things in perspective the real estate in the areas of Basaksehir, Buyukcekmece, Esenyurt, Eyupsultan and Arnavutkoy among other areas gain extra vale where all of these areas will get access to metro line of Gayrettepe-Istanbul Airport that is in service in 2019. The metro line first stage is active and open in 2019 and the second stage to be open early 2021.

Istanbul new airport metro line have total length of 70 KM with 37 KM in length in the direction of (Gayrettepe-Istanbul airport) which is passing through the districts of Sisli Eyup, Besiktas etc. The Istanbul airport believed to increase the resident and apartment buildings prices in Basaksehir, Buyukcekmece, and Esenyurt by 8.90 %, by 8.30 % and 7.95 % respectively also Arnavutkoy.

In total real estate in Istanbul have had a great increase in prices by 68 % that include all of the 39 Districts and we will be talk how that increasing effected by the constriction of Istanbul new airport and new metro line. Starting with the Districts of Buyukcekmece where the real estate prices been increased by 85 % in last five years due the luxury villa enterprise next to the lake, plus the luxury resident project in the area that started to rise due it’s closeness to the new airport and the 10,000 workers in it. 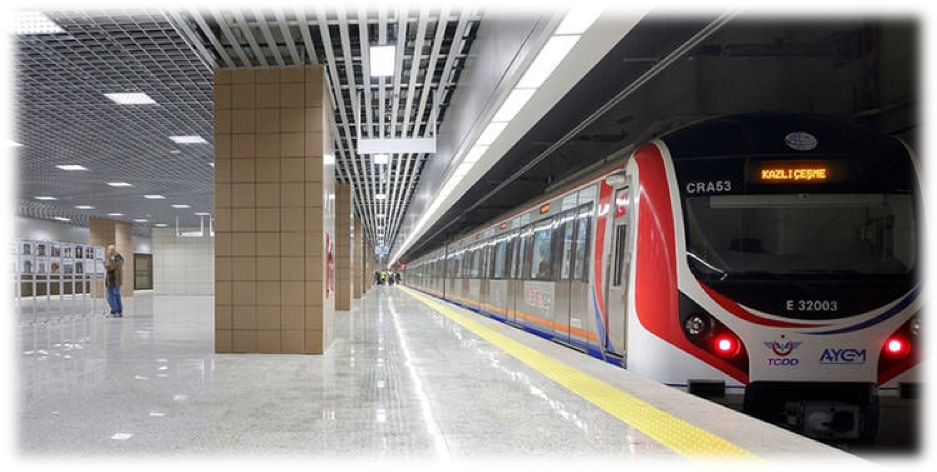 Another district is Kucukcekmece where the real estate prices rise the fastest, in the area the prices increased by 140 % in the last 5 years with the mega projects that have a notable effect on that enlarge. As Kucukcekmece have a lake on the canal of Istanbul the Maramary metro and the new metro line for the new airport passing through the area and connecting it to the center of the city, all of that is a strong factor that effected the property in Istanbul Kucukcekmece Distracts.

EyupSultan District also can be in the pool with enlarge in past 5 years by 106 % in the real estate properties with the open of the North Highway, the new airport and the Yavuz Selim Sultan Bridge all of these factors got the awareness of investors and new residential enterprise to whoever want to get away from the nosey crowded city into the green relaxed town.

Esenyurt district isn’t falling back either with the real estate expanded by 90 % in the past 5 years with the metrobus impalement which can be consider the most important transportation in the city and the metro scheduled to be open by the end of 2023. Five metro lines will be introducing, one of the lines is from Esenyurt to the new Istanbul airport. The property in Esenyurt is important investment due to the location of the area and how close it is to the new Airport and the high tier educational facilities plus the apartment buildings project building in the area.

District of Beylikduzu which can be accounted to Esenyurt, gained a great value with the metrobus implemented also the ongoing metro plans to be implemented, the real estate’s property in Beylikduzu area gain an increase by 76 % in the past 5 years. The district with the new airport opening becomes an essential and a preferred area in recent years to investors and long-term visitor and the area will continue to dominate the real state filed.