In the Last 4 Years, Most Housing Purchaser Countries From Turkey

Investment property in Turkey is one of the most talked about last time. Many countries are interested in this issue. real estate development sector in Turkey shows every year. Of course, countries that want to invest, that is, want to buy a house are also curious about some issues. Future expectations, confidence in the country, liking, housing prices are a few of them. In the last 4 years, countries such as Iraq, Iran, Russia, Germany and the Netherlands have purchased a lot of housing.

Iraq has been in the first place especially for the last four years. Iraqi citizens who have homes in Turkey is very high. Saudi Arabia and Kuwait after Iraq, countries that are home in Turkey. In the last five years, more than 120 thousand housing units have been purchased. Middle East countries prefer to Turkey. The reasons for this:

Turkey is a country of choice for real estate investment in many countries. Germany is one of these countries. The Germans in Alanya adopted it like their own country. Since Germany is a cold country, the Germans admire the sun and sea of Alanya. 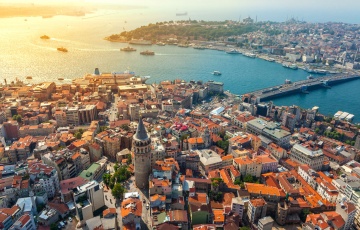 The Choice of Russians Always Antalya

Chinese have shown a great contribution to buy a property in Turkey. They bought 90 houses at once. Real estate purchases in Turkey, 37 in 2018, China moved to 2nd place in 2019.