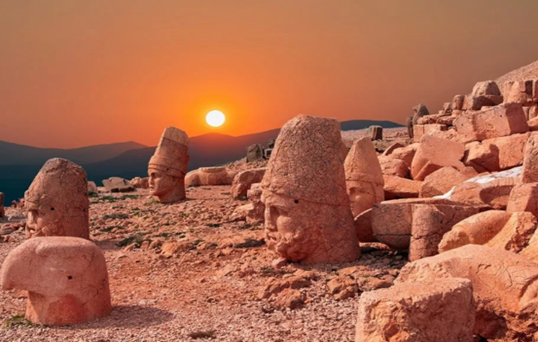 Deputy Minister of Culture and Tourism Nadir Alpaslan,”We welcome 47 million foreign visitors and expect 37 billion dollars in tourism revenue, which we are trying to increase with the work we will do,”he said.

‘Public Immovable Allocation Negotiation’ was held at the hotel in Ankara by the Ministry of Culture and Tourism.

Alpaslan, Deputy Minister of Culture and Tourism, spoke at the meeting held with the participation of tourism investors. Alpaslan, wishing that the negotiations will be beneficial to the tourism sector, said, “Turkey is one of the most ambitious countries in the world in terms of tourism. Our tourism sector is a sector that is watched with great admiration in the world. We, the ministry and you, as tourism investors, are an extremely strategic sector in terms of developing the country’s tourism and using it for the benefit of our country and our nation,” he said.

WE ARE THE MOST EFFECTIVE PROMOTIONAL COUNTRY IN THE WORLD

Minister of Culture and Tourism Mehmet Nuri Ersoy stated that they attach importance to the promotion of Turkey and said, “We are the most effective promotional country in the world. we are promoting our country in 200 countries, in our target destinations, including television and digital world,” he said.